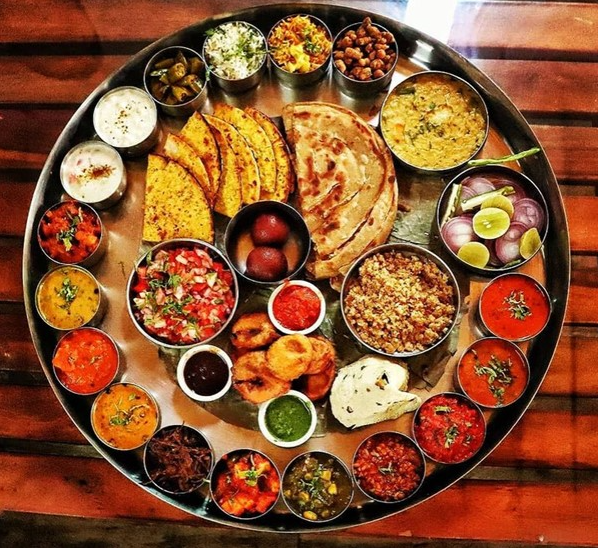 As you might imagine, with this many states packed into one region, North Indian cooking, recipes, spices and techniques can vary widely.

Here are some of the most popular dishes served in North Indian restaurants and homes. Try wowing your guests with these authentic and traditional recipes.

This dish is among the best-known Indian foods all over the world even though it is relatively new to the cuisine. It was created at the Moti Mahal hotel in Delhi in the 1950s. Its creamy gravy can be made as hot or as mild as you like.

The name of this lamb stew may sound fiery but as the proverb says, its bark is worse than its bite. The red color of rogan josh comes from the Kashmiri dry red chilies used to prepare it. There are many versions of this dish. Here is one you should enjoy.

This fried fish dish is named after the city where it originated. Use firm-fleshed white fish to make this great appetizer or side dish to complement the main course.

Crispy and multi-layered, this Indian flatbread is a great accompaniment for any thick-gravied, hearty Indian dish, especially tikka masala or masala gosht, for example.

This mildly flavored dish is delicious! If paneer (farmer’s cheese or dry curd cheese) is not on hand or you want a dairy-free option, you also can use tofu or veggies like cauliflower or potato.

Delicately flavored paneer (farmer’s cheese or dry curd cheese) is teamed with peas, in a tangy gravy. ​Mutter paneer ​is probably the most frequently ordered vegetarian dish in Indian restaurants.

Chickpea curry or chole is a crowd-pleaser when served piping hot and accompanied by pooris/bhatooras (fried Indian flatbread).

This creamy rice pudding is delicately flavored with cardamom and is full of nuts. It’s a great dessert for any time of the year. In South India, where it is known as payasam, and East India, where it is called payesh, certain versions are made for special festivals.

This crispy, syrupy dessert is well-loved everywhere in India. It can be compared to that perennial favorite fair food served in the States—funnel cakes—except at the end, these fried treats are soaked in a sugary syrup.